Filicudi Island is one of the 7 aeolian islands. It's the second one from west.
The aeolian island are off the northern coast of Sicily, in south Italy.

In this map we've circled in blue the main diving spots of Filicudi island coast.

Main roads suitable for cars are shown in yellow.

Pathways are shown in black and are not suitable for cars or other vehicles.

House  Cactus, House Patty, House Libellula and House  Casa Cielo Stellato  are in Fossetta locality ( "contrada Fossetta in the map), shown by the red dot on the map. 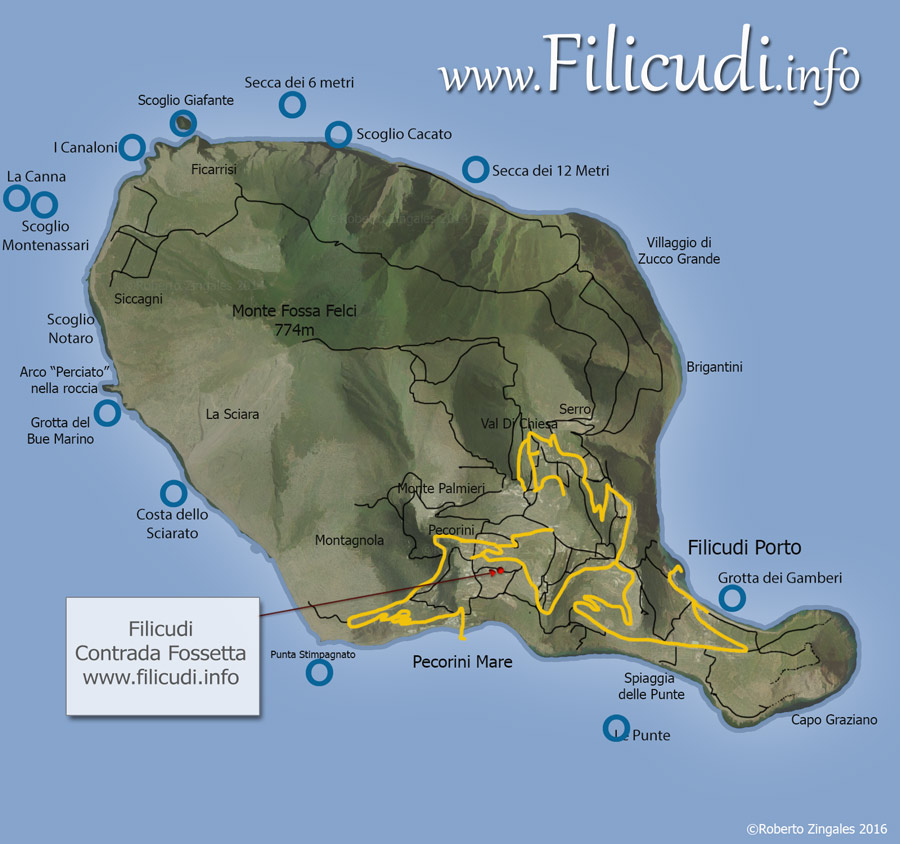 Click on the following image to see a detailed pictuer of Filicudi Pecorini showing the positions of our houses.
The picture shows the island of filicudi from the southern sea. 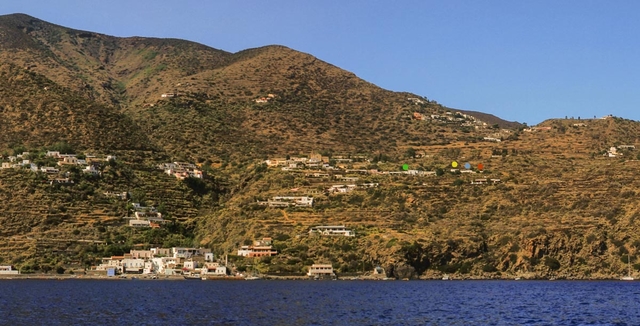