How is the climate of the Aeolian Islands

How is the climate of the Aeolian Islands

Great! Well yes! it's great!
Forget the greyness of the city ', the mists of the valleys, winter uninterrupted rain!

The sun sets, July is warm but not too much, August is definitely warm with the water that invites to dive at any time, but already since 20 August the air refreshes, preparing for a wonderful September, generally Characterized by alternating hot summer days (but in the evening it will be a sweatshirt) and others with rains and thunderstorms, which make the island fantastic with the cliffs kissed by the foam of the horsemen!

It is not always hot, although it is an island in the middle of the Mediterranean, the climate is necessarily tempered: the sea in fact mitigates the excesses.
Some friends wonder why there is often a strong wind in winter. They are called Aeolians for this ... Aeolus was the God of Wind in Greek mythology.
In December and January they can cool, average temperatures range from 10 ° C to 14 ° C depending on the season, but at night there may be minimum 2 ° C peaks. Once we would have considered them atypical. But for some years time is changing, winters are stiffer and warmer summers.
Even in the winter when the sun is at Filicudi it's hot: it's not unusual to have to put on a shirt in winter afternoons.
The average temperatures (for what they may be worth) are:

The rains are rare but not atypical. Let's say between 50 and 80 days of rain a year.
In the summer (from June to September) rain can not even arrive for months, with obvious problems for local farming. The average number of rainy days in July is 0.6 days!
December and January are very rainy (the green island, rich in vegetables, plants, flowers ... a show!).
On average, December and January each have 11 days of rainy weather.

The winds are strong, as the Aeolian name says, the lands of Aeolus, the God of the Winds. The predominant winds are the maestral from the northwest) and the Scirocco (from the Southeast, often directly from Africa!).

Do you want to choose the right time to come to Filicudi or the Aeolian Islands not to die hot and cold?
June and July! August is hotter, but if you like the sea, as I suppose, it's perfect to relax by the sea all day!

September is a fantastic month, my favorite to see the island, take pictures of stunning sunsets, and the waves. Great for relaxing, reading books, strolling in the beautiful mule tracks, fishing ... in short, it's great!

We come for the sea: when can we swim?

I would always say! A few years I took a bath on Easter, swiming in the semi-deserted Cape Graziano's beach!
Statistically, swimming in the sea  can be started by mid-May, and it's up until October!

The snow at Filicudi?

Unusual event ... I only saw the snow in Filicudi 3 times  in 30 years, at the sea level .. Please enjoy some of my photos in the photo gallery!
However, with the ongoing climate change (ciao Trump!) , snow has also come to Filicudi in recent years as the weather is going crazy.
In January you can see hail, but that is a fairly rare event.

Again the answer is often if not always!
Even in the middle of December, when there's the sun ... it's hot!
If you find a spot sheltered by the wind, you can sunbathe quietly!

Do you like some more synthetic facts about the climate in Filicudi? Here you are!

Do not make the mistake of coming in September or winter thinking that here it never rains!
Umbrella and k-way are always very useful!

Did that say ... what are you waiting for?
Go to the contact section, and let's know!
Filicudi awaits you! 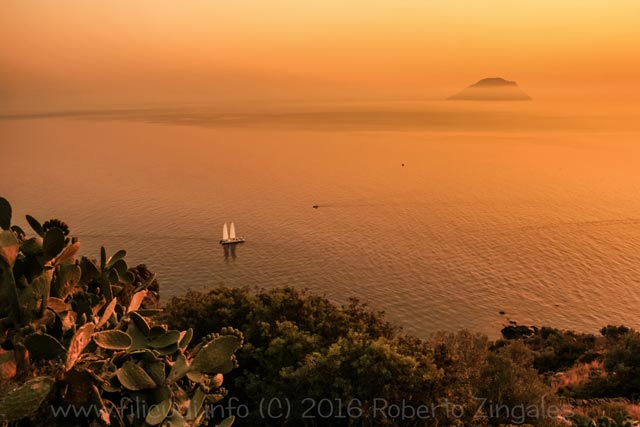